Beautiful weather today and I took full advantage of it. Bev and I cleaned the dust out of our downstairs living area and polished the furniture. I turned on the electrostatic air filter and fan, and verified all the heating systems were turned off for the season. The washing machine we had repaired hummed constantly in the background, and I’m still feeling a degree of self-satisfaction with how well that went.

Then it was out on the trail with my Cannondale bicycle. I hadn’t really exercised much (at all) and had put on some weight over the last six months. I’ll blame it on winter weather, work stress, excessive travel, and keeping odd hours to attain all of my instructor qualifications on the G280. The only way to fight back on the weight issue when you are in your sixties is to add back the exercise. Eating less and drinking less beer when you live on the canal is a last resort I’m hoping to avoid.

Gone are the days when I could ramp up quickly and not hurt anything, so I vowed to start out easy and build up to riding the trail to the Grain restaurant and beyond. Out on my first ride, I was truly surprised how quickly I was moving along. Riding along was feeling easy as I reached the first big hill and down-shifted for the climb. At the top with not much effort, I seriously considered continuing on toward the next big hill and Grain H2O. 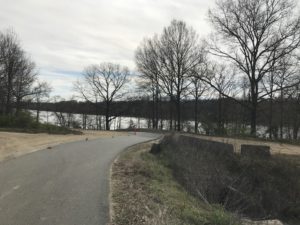 Then I remembered the wind. The ride east had been like riding in no wind, even though I was moving along at over 10mph. That meant the wind was at my back, and would be hitting me in the face all the way home. I had made the mistake of under-estimating wind effects last year, and ended riding all the way to Delaware City thinking I was a rock star. The ride home had been arduous at best, and included a minor crash and a new understanding of wind effects on bicycling.

The decision was make to return home, ensuring that I ease into the effort again and not over exert on the first run. It was the right decision, as the effects of a headwind became apparent along the water. I made it back with a reasonable effort, very much enjoying the experience. Back into the ride, the water, and the sunshine. 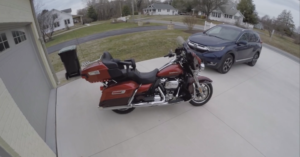 Now that the housework and exercise were completed, it was time to pull out the Harley and take a ride to the airport. That is the definition of a very good day; getting a few things done at home and then riding a motorcycle to get the airplane out.

April 2nd was my 62nd birthday, and I celebrated it by flying my airplane home after it’s 10 hour mineral oil change. The filters were replaced and new 100W mineral oil was put in for the next 30 hours of operation. Bolts were tightened and one more inspection on the mounts and new accessories was completed. Everything looked solid, and I’m told the airplane sounds simply bad-ass. This was also the day that I paid the final bill on this project, which came out reasonably close to expectations, I’m happy to say. Thank God I started this project when I did, and that it ended at this point. I’d have been a bit more nervous if the project had just begun, and I’m certain there would have been countless months of delay added in there. I dodged a bullet. 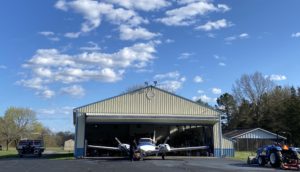 When I dropped the airplane off the week prior, there were three known issues. Only one of these, the right alternator, would be addressed during this visit.

The vacuum A/I had been slow to erect on three occasions now. That will need to be overhauled before I begin doing instrument work with the airplane. Normal maintenance and I’m not worried about it. I need to hold off on it though, as I could send it out and not get it back until the virus clears. Let’s wait.

The fuel gauge in the airplane is pressure based. It read 8 gph on the left side during the first takeoff back in February. The right side was reading 12 gph correctly at the same time, which agreed with the EDM 760. On a subsequent flight, the pressure on the left side dropped all the way to zero and stayed there. The distraction caused by the left side flow flow (pressure) was the reason I forgot to raise the gear on that first takeoff!

Paul knew I had issues and blew out the line to the gauge while he was inspecting things. That did the trick, and I’ve been seeing accurate readings for the last few flights. Consider that gauge off of my squawk list. Good news!

We had intended to repair or replace the right alternator and/or voltage regulator during this visit. Turns out a loose connection was the culprit that caused the voltage spike. It is now working reliably in conjunction with the left side. No more voltage spikes, and no need to replace a voltage regulator and/or alternator. More Good News!  I like where this is going.

That means the only squawk I now have is the vacuum A/I, which I’ll take care of after the pandemic restrictions allow people to return to work. Probably at the next oil change.

Frank’s Work Update: I am working through initial classroom instruction with a fellow instructor in the G280. It is just he and I and one other employee in the room these last few weeks. He is really doing well and doesn’t need me there except to have an audience to practice on. It has not been boring at all, and I’ve learned quite a bit more about the airplane while working through it with him. We are refining talking points together.

My work has put out a voluntary leave program during this pandemic. I’ve volunteered for it, and fully expect to be off from mid-April through mid-May. The leave can be extended monthly by mutual agreement, so it will be interesting to see where this goes. I see that as practice for adjusting to social security and not working.

This could be a trial run for me to determine if I can keep myself occupied without working. I’ll also be able to see if I’ll have an adequate cash flow to fuel my toys while not working. It has me thinking about what’s next. 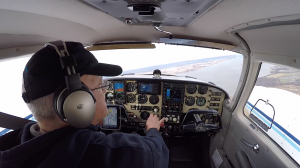