There is allot going on at the 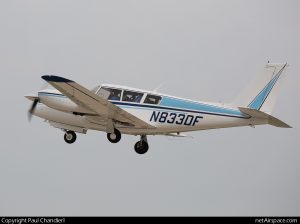 moment. Winter refuses to let go and the chill wind and turbulence remain strong. N833DF is going strong, but there is allot to do to get the airplane fully up to standards, and my skills back to where they need to be.

I set goals early in this return to flight that require me to do repetitive flights in the general area. It can get a little boring limiting myself to DAY VFR and flights where I know I can get a ride home if the airplane were to have an issue. I’m sure it is unnecessary by now, with some 30 hours on the aircraft since returning to flight Jan 6th.

I am holding to those limits I proposed at the outset, however, because there is no need to be less conservative than that. The only two people in the airplane so far have been Matt, because he did the work, and Mike, because he accepted the risk and is a pilot known to me. No other passengers and certainly no Angel flights until the first 50 hours and zero squawks. By then I’ll have had the engines inspected for the third time, and have my squawk list pretty well zeroed out. 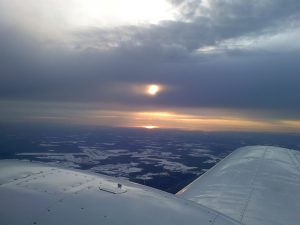 Instrument Approach Practice really just began on the last flight. Early on I knew it was ill-advised to try to monitor all the things that might go wrong while hand flying a fast airplane in high winds and turbulence. I have yet to be able to fly on a still day.

What I am actually practicing is holding altitude and airspeed while managing fuel and configuration. This is normal stuff, but without an autopilot and while getting your head bounced off the ceiling because you are low on a local flight, it can be a challenge to properly brief and configure for the approach. I’m rusty, I admit it.

So yesterdays flight went more smoothly, but I still deviated 200′ high in turbulence while I briefed myself. That sucks. Airspeed control was better, in that I’ve finally gotten back into the groove of planning ahead for a powered, high speed descent that will arrive on the final approach speed with an airspeed low enough to get the gear out. It’s getting better. Having my autopilot back will speed the process of return to instrument flight. Doing night flights with my buddy Tom will help me test all the lights and make sure I can deal with the extra workload as well. I’ll do night flying right after 50 hours and the next inspection.

Mind you – I’m very current in night and IMC flying in the jets. Flying solo in an airplane that had all this work done is a different matter though.

Great day at hangar: It was warm yesterday and the T-Hangars were alive with activity. My neighbor, Terrence,  next door has an older Baron. He and his friend Tony came over and were all compliments about my airplane. Yup – that never gets old. We had a good talk and it is quite possible that Terrence and I will go play golf in North Carolina for a day or two this summer. Tony flies a G280, which I’ll be doing later this year. He may well be a great contact in the area that will help me establish myself for G280 contract work. Should be fun.

It is supposed to rain AGAIN this afternoon.  I’m going to ride the Harley out to the airport and clean up the airplane from yesterday. Bugs started coming out, and we met at low altitude and high airspeed. Bummer for them / clean up for me.

Fly safe! God it is great to be airborne again.