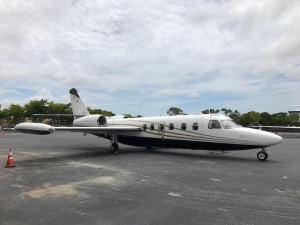 I’m still catching up on posts, and publishing this one a month or so late. Life is good and it’s distractions are many.

Winter of ’17/’18 has been brutal in terms of getting out, exercising, and staying in some kind of shape other than round! The continuous wet and cold weather well into spring made it easier to grab a beer, read a book, or study airplanes instead of getting moving.

The FlightSafety career has been going well. I’m learning more, and though I’ve never actually flown either the WestWind or the Astra, I am able to add value to the most experienced pilot in either airplane.  Clients do ask if I am looking to fly, and I’m not shy telling them that I most definitely am interested. It will happen one day, I am certain.

That one day is here! One of my more experienced clients, Eric, has a Westwind and several other airplanes down in San Antonio, Texas. Eric invited me to join him in Texas to experience flying the Westwind first hand. I smiled at him and thought of this as a very nice gesture that wouldn’t really happen – he just was being very nice to me. I never considered the possibility that someone would let me fly their jet on an unplanned trip that was to be solely for my benefit. I thought the opportunity would come when someone desperately needed an SIC, and there I was.

Eric repeated the offer before he left, so I realized that he might be serious. I am a bit of an introvert in most every social situation. If I allowed that trait to dominate in aviation or business, I’d never have accomplished anything. I let him know that I’d be in touch in a few weeks, and if he still thought he wanted to do it, I’d definitely make it happen for my part. This was just too freakin’ awesome an opportunity to pass up.

Some 2 or 3 weeks later we began to talk about dates that would work for both of us. He told me he wanted to check on the airplane first by taking it on a trip with his family, and that certainly sounded reasonable. If I heard from him after that trip, we’d continue talking about when to do this. If not – I vowed not to pester him and just let it ride.

Eric called me as he said he would, and I suggested March 23rd to 26th. I suggested I’d fly down on the 23rd and would have both the 24th and 25th to get a flight in. This would allow something for changes in his personal schedule, a minor issue with the airplane, or unacceptable weather. If we couldn’t get the flight in either day, I’d just do some sight seeing and relax before returning home. Zero Pressure.

Before I went we addressed the issue of my personal liability. I submitted all of my flight experience, and his insurance company added me to his policy. That was enough for me on this venture, and I appreciated his willingness to do that.

On Friday, March 23rd, I didn’t want to miss my flight and ended up arriving at airport parking around 2pm.  My flight wasn’t scheduled to depart until 6pm, but I figured I could read the AFM or a novel while I waited. I was excited and couldn’t just sit at home and risk heavy Friday traffic delays.

I am usually TSA pre-checked, but that didn’t come through this time. The line was long for checking bags, so I figured I’d take my bag through security and let them check it for free at the gate. I knew it would fit in the overhead, but I couldn’t be bothered worrying if there’d be room or not. I headed down to the security with my bags and got in line.

Now as I’m shuffling along at the rear of a long line, I’m watching people take their shoes off  for TSA in the distance. It dawns on me then that I hadn’t packed for this contingency. The TSA folks would take my large can of shaving cream, nail clippers, family sized tooth paste, and yet another small Leatherman knife if I proceeded through security with this bag. I had plenty of time, so I stepped out of line and headed back downstairs to figure out the automatic bag checking procedure.

About 15 minutes later and $25 lighter, I had my bag checked and out of my hands while I headed for the security lines a second time. I carried a light flight bag with my Telex and LightSpeed ANR headsets, and threw my watch, wallet, and money clip into the bag to make all this as painless as possible.

Getting closer I could see a 30 something woman isolated from the crowd for further inspection. While two TSA folks stood by, another male began a very personal exam on this young lady. Right in front of all these people, the TSA rep was moving his gloved had right up each inseam of the woman’s thighs, along the underside of her bra  and everywhere else generally reserved for close friends. She took it all very well, but I’m not at all sure that I would have. It was unnecessarily thorough, in my opinion.

Breaking away from staring at this process wasn’t easy, until I realized that the line had stopped moving and everyone was watching. TSA seemed to notice that too, so I was one of 10 people they opened the gates for and allowed through without scanning or futher inspection. I picked up my bag on the other side, walking away as the woman being probed took one for the team.

It was all just very odd. The thought of navigating commercial travel just to fly a jet for fun is taking the wax off of the apple a bit. How much of a pain that is will be a factor in developing my options for next year. I am beginning to do career planning for 2019 as my initial obligation to FlightSafety comes to a close in December. More on that later.

Catching up on aviation magazines and killing time: Since my airplane became unavailable over a year ago, I lost interest in reading the many aviation magazines I had been subscribing to. It was too depressing thinking about my broken airplane, and the decision making process that led me down what appears to be the wrong path.

AOPA, EAA, Aviation Consumer, Aviation Safety, and several other magazines have all been piling up. Now that I was being given the chance to fly this weekend, and am seeing my prospects improve for continuing to do so, I thought I’d allow myself to grab a few of those off of the pile for this trip. I also brought along a custom motorcycle magazine that I was receiving on behalf of the previous homeowner, as well as a novel about an American Sniper in Viet Nam.

I enjoyed reading the aviation mags, but only read a few columns in each one all the way through. The motorcycle magazine included topless models, so I had to be discrete perusing that in an airport lobby. I’m not into custom motorcycles, but the pictures of the bikes were easy to look at and plentiful. I left it under the airport chair for some 13 year old boy to discover and spirit away. That may be a criminal offense in today’s world, but I’m willing to risk it. I think boys are still boys – at least for now.

With my light reading done, I still had an hour or so before boarding. I thought I’d pick up a sandwich at Subway to eat on the way down, which turned out to be an excellent idea. It saved me from eating nasty airline food, and also from having to stop somewhere before finding my hotel.

Time passed quickly. I found myself in my seat and reading the safety placard to find my way out if I had to. That done, I pulled out my sniper novel and got into it. Walking along the trails of Viet Nam, it wasn’t long before I realized I’d been there before – at least through a novel. Turns out I’d purchased the same novel many years ago, but it was a good one based on real experiences. I’d have no problem staying immersed in it for the ride south.

I ate my subway and read my book for the first 90 minutes of the flight. My wife and I hadn’t slept more than a few hours at a time over the past few weeks. Her mom and dad are with us now, and mom is in a phase where she wakes up and needs help every two hours. I never am able to sleep while traveling, but decided to rest my eyes for a few minutes before getting back to my book. Waking up more than an hour later, I was elated to discover that I’d fallen asleep for that long. I wonder if I was a snoring pain in someone’s ass………

I asked for a cup of coffee and went back to my novel with refreshed eyes. The book was about halfway finished by the time we landed. I managed to find both my luggage and my rental car at a relaxed pace. San Antonio airport is not terribly busy at 10pm, or at least wasn’t on this Friday night. So far, this trip was a relaxing get-away. As I write this post, I am reminded that I’ve had this trip, 9 days in France, and a 4 day motorcycle excursion already in 2018, so working for FlightSafety isn’t really crimping my style at all.

So here I am in my hotel room. Eric knows I’m coming down, but we hadn’t developed a plan beyond that. My approach is to limit my communications with him so as not to crowd him. Quite frankly, I’m not sure exactly how to approach this and just call it a night. I figured we’d touch base tomorrow and remind myself that zero pressure is the phrase of the day. If it works – great. If not – I’ll go see the Alamo again and spend an evening reading and eating at a nearby bar.

This is an amazing opportunity, but I have to control my expectations. I slept hard that night.

I’m heading down to Rommel Harley Davidson in Smyrna, DE now to have my new Harley get it’s 1000 mile maintenance. This is in anticipation of an exciting four day ride with my wife and another couple June 1. I’ll spend the 3 or 4 hour wait catching up on two or three posts I’d like to do. The first one to include pictures and details of my Westwind flying with Eric.

I’ll be adding posts about N833DF coming back in July, and the next steps in my FlightSafety Career very soon. Each of these events represent significant developments in my aviation career, and a potential change in direction.

THINGS ARE LOOKING UP.