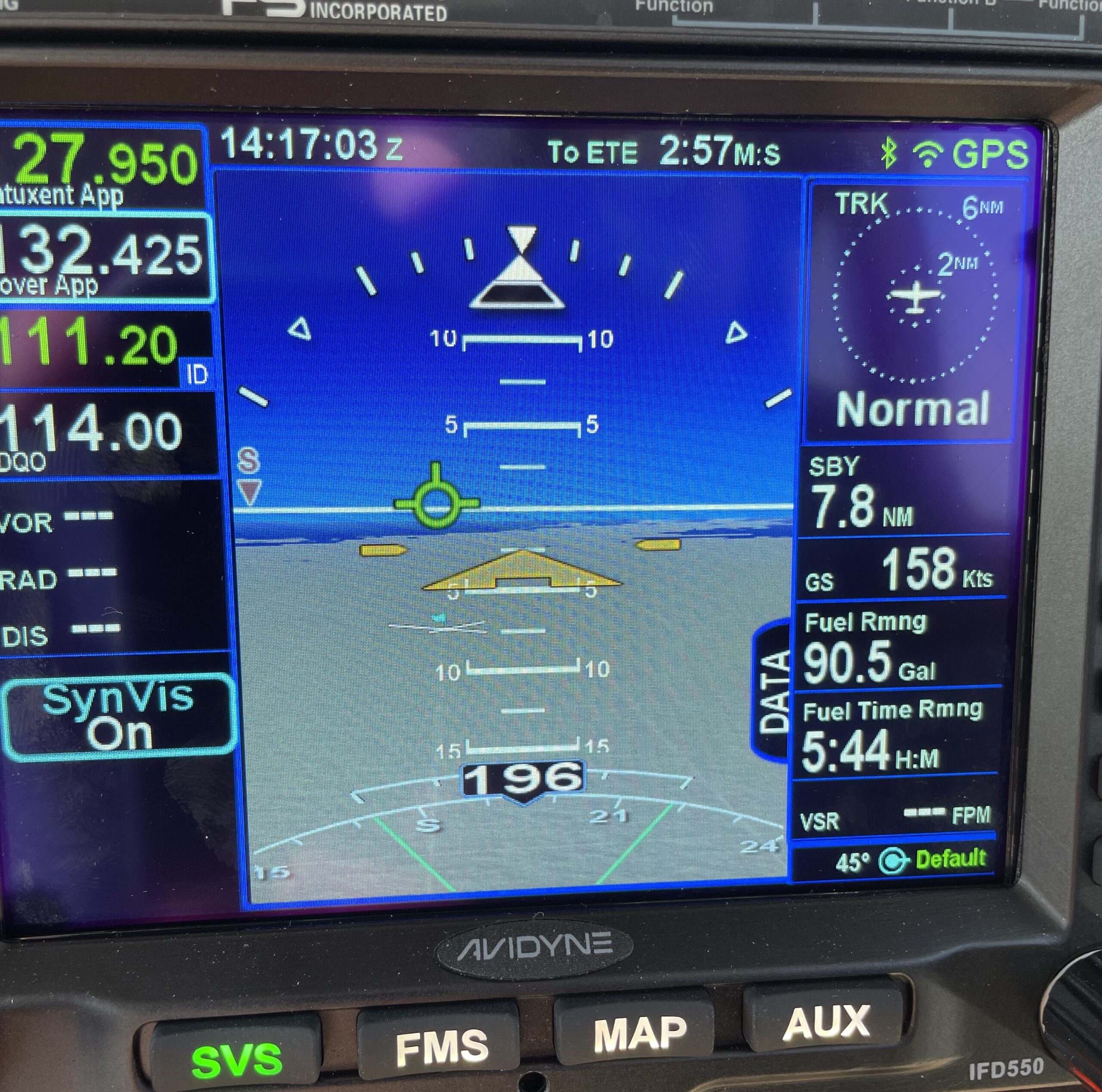 N833DF has been updated: I’ve recently updated my comms and cleared up ALL of my squawks in the panel. The engines are running great and I have an awesome machine. I’ve done 5 or so flights since the IFD550 was installed to replace the Garmin 530WAAS/FlightStream 210 combination, and I’m still trying things out.

I’ve learned enough that my personal minimums are back to that – minimums.

Advice: If you want to get up to speed quickly on the basics of your new IFD540/550, I suggest you start by watching Martin Pauly videos on YouTube (link below). This guy puts the time in and produces quality videos that are easy to watch and listen to. After you’ve seen what quality video editing looks like and begin to understand what the IFD550 unit is capable of, you can then search for AirDorrin and watch my own videos as I implement his suggestions. You’ll see that the devil is in the details. you can learn from my mistakes, and send suggestions.

I began my journey in learning this new equipment by reading the pilot guide, and then loading the IFD100 and IFD540/550 Trainer on my iPad. I had done all that before my radio installation was complete. While I flew the trainer and read the book, I also surfed YouTube and found Martin Pauly’s video, 12 Favorite Things [that he likes about the Avidyne units]. This stood out as a great starting point after the very basic stuff was mastered.

This blog will be a discussion of what I learned trying to implement Martin’s top 12 things he liked about the unit. I agree with him on most of it, but found effective testing while flying an approach in a light twin to be challenging at best. Be careful and take someone with you to be eyes up if you can.

In my opinion, the radio is not necessarily intuitive to the Garmin crowd. The steps in each process are not vastly different than other FMS systems or the old Garmin units I have used. They are different enough, however, to cost you precious button pushing and head scratching time in the middle of critical flight processes. In other words, flying a light twin on an approach while trying to observe subtle differences in radio Idiosynchronicity can be challenging.

Bullshit – it is challenging and my hands were full.

What follows here is a focused discussion of the features Martin called out. I’ll add my own opinions on each one, and more importantly, tell you how I tested and implemented them in the training app and in the airplane. Keep in mind that Martin has had his unit since 2019 and I’ve had mine for maybe a month or so. I’ll give myself time before I declare myself competent.

Martin also calls out a wish list of things he’d like to see added to the software. Automatic Syncing would be nice between ForeFlight and the IFD550. It’d be nice to have the radio signal the autopilot to fly the VNAV profile, and it’d be nice to be able to build custom holds at waypoints along the track. I’d like to see present position hold done more easily.

My next steps are to reposition my radios to provide better information on actions page by page. The excellent simulator they provide does not do everything the same as the radio, so you can’t do all your testing on the ground.

Enough for now….   Fly Safe and thanks for reading along.