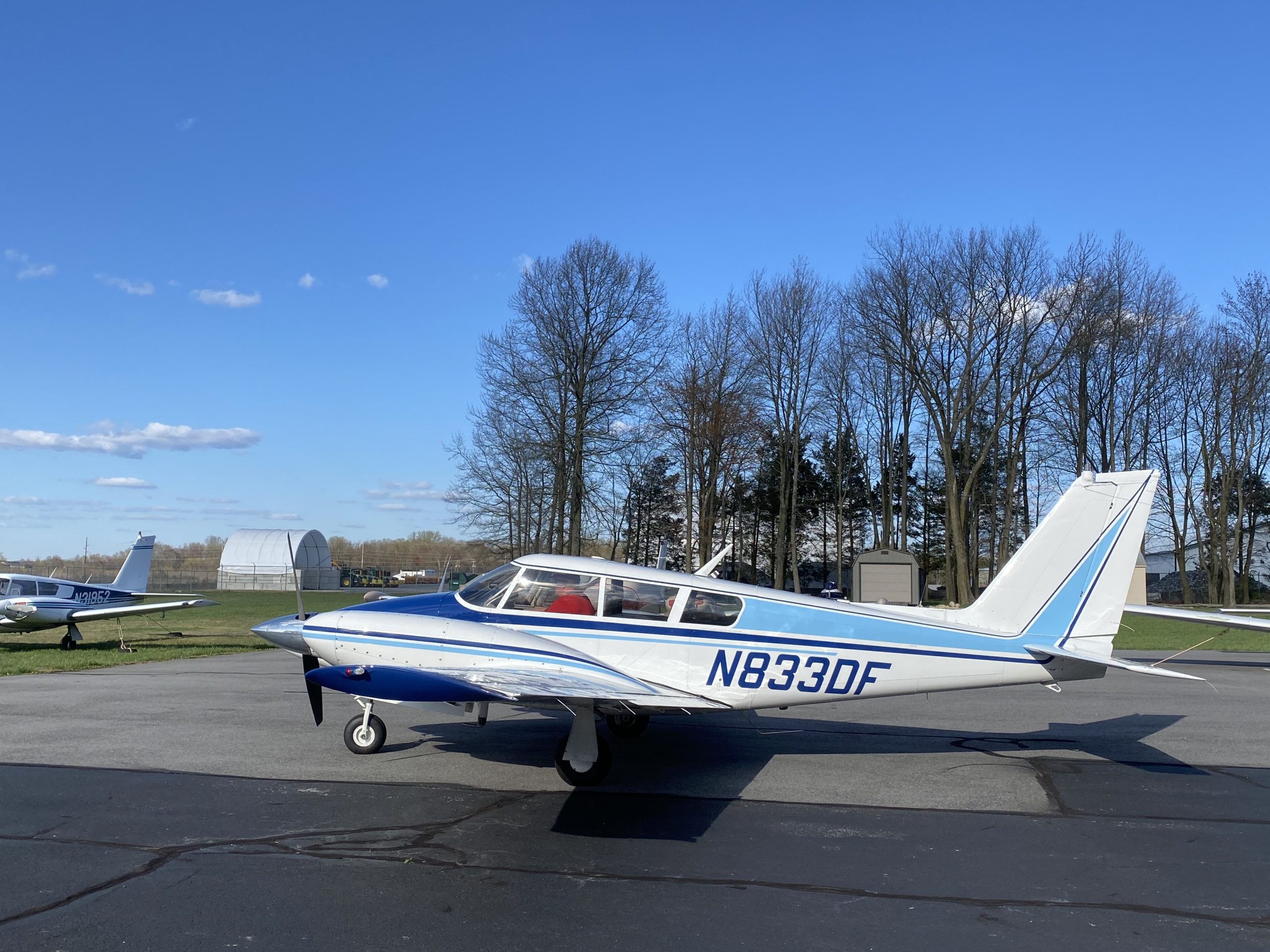 Avidyne Continued: I spoke with Todd at Lancaster Avionics yesterday. Even though Avidyne gave me a great explanation, Todd warned me that my troubles may not yet be over. He is concerned my GPS antenna may be of a very old vintage, and might continue to give me grief. I found the logbook entry for the initial antenna install logbook (before WAAS, so not the currently installed antenna), but I need to continue looking at the logs when I get home to find the WAAS antenna vintage.

I’m not worried. If the antenna is old we’ll replace it asap and move on. While we are at it, I want him to also look at my comm antennas and make sure they are firmly bonded to reduce static in flight. I want them to be as reliable as I can make them. Currently I hear lots of static in flight on #1, which might actually be normal considering the areas I’ve been flying over.

More on that later.

G280 Trip: I’m waking up in a Latrobe hotel this morning at at 5am. Getting up early is normal for me, and I’m happy to have slept well. I’m here for a planned flight in the G280 this morning, down to St Augustine and back.

After I arrived yesterday, I reached out to the PIC that I’ve never met. We had a brief conversation while he was out walking, and sorted out how we’d conduct todays flight. I explained that I knew the airplane well, having instructed in it over a 3 year period. I also told him I had limited operational experience in the jet. Not only was he comfortable with that, he told me I’d be flying right seat on the dead leg home. I LOVE that – flying with someone comfortable enough to share legs like that, which is the way it should be.

This gentleman lives in Houston, and was sharing that it will be midnight before he gets home flying commercially after todays flight. I let him know I flew myself out here in my TwinCo, and could drop him off right in Philly (or Baltimore for that matter). That’d save him a connecting flight and could possibly get him home earlier.

I really want to be home for the Chesapeake City fireworks tonight, and I think I can get this done and still make it home. Our planned flight is to be back in Latrobe by 2pm, which would get me to philly by 4pm with some margin.

Weather is hot with the possibility of storms enroute this afternoon. That could mean delays into Philly and then out of Philly, but the prospect of saving this guy HOURS of sitting in airports is too appealing. I want to do this even if I miss out on the fireworks. As close as I’ve lived to Philly, I’ve never flown my own aircraft into that airport. Dave M (my G280 mentor from FlightSafety) does it all the time, and I figure why not. Baltimore is easy in and out, so maybe Philly can be too.

New ICOM Handheld: I may have mentioned that my last ICOM fell apart in my hands last week. I ordered a replacement and it arrived just after I left for the airport yesterday. Bummer. I’ll play with it when I get home though.

Canceled Trip: Waking up this morning, I checked email and see that dispatch has canceled todays trip. Talking with the PIC last night, he said he wanted to sleep late to prepare for a very late night getting home today. That picture has changed for us, but I don’t want to text him too early and wake him up.

I’m really bummed because I was looking forward to more left seat experience this morning. Then again, I miss Beverly and my home, so it’ll be good to get back before the fireworks tonight. If I get the chance to help this guy by dropping him in Philly, then that will be a really fun thing to do as well.

It’s all good. I’ve signed on to another two trips next week. I’m now wondering if those trips were to pick up the very people who canceled this morning, which would mean that they’d be canceled as well.

Life is good: I don’t like hotel living at all, but I love the flying experience I’m getting to do.