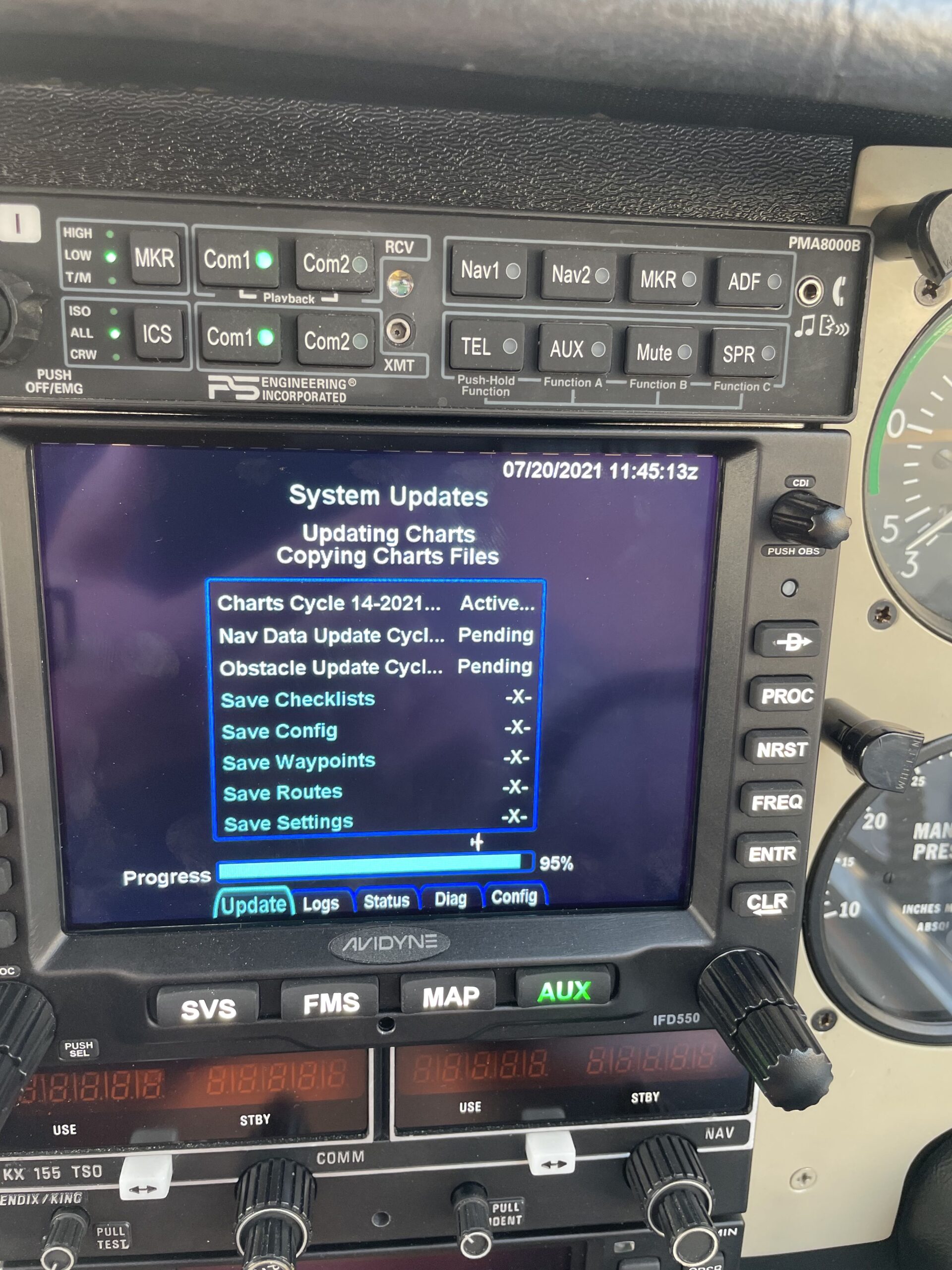 Yesterday I visited a youth corrections center where my late older sister spent years of her life working in many capacities. Susan was well loved there; so much so that one of her charges became a key participant in painting a mural in her honor. My wife and I spent some time with the amazing people who work there protecting and directing children, and once again we were humbled by their love for Susan and for us.

Flying N833DF and the Gulfstream G280: I’m getting allot of use out of my airplane this year. We’ve done multiple trips for fun and are just back from Mississippi where the engines were smooth and the groundspeed was high. I also have done a few jet trips using my airplane to commute, and have three more scheduled over the next few weeks. Those trips are lucrative and fun, and would not be attractive without my airplane. For those trips I fly to Latrobe, PA and the company I fly for hangars the airplane for me. Fuel gets paid for too, so it is a sweet deal.

In July we’ll fly to Florida and visit the east and west coasts while there. In August we plan to just hang out and enjoy Chesapeake City. In September we are off again to Jekyll Island, where we’ll land and rent a golf cart to get around all week. It’s been an awful lot of work getting to this level of reliability. I’m enjoying it while it lasts!

Altimatic IIIB: Because I’ve been flying allot, I am convinced that the repairs Lancaster Avionics (Jim Good) completed on my autopilot did the trick. The thing is rock solid and I could not be happier.

Having said that, Francois Marquis gave me some advice via my YouTube channel. Francois says:

‘Thanks for sharing this, Frank. A few things that are wrong in your assessment, if I may. Your pitch rate is not adjusted. The C3 are “angle based” autopilots in both roll and pitch. The agressiveness you saw in pitch is because the limit values are not adjusted. A -2.5 and +7 degrees should be set in pitch. To verify this, descents should be made at 18MAP and Vcruise +10 mph. This is all documented in the Piper Altimatic 3 service manual. Also, I noticed the pitch indication is not squared horizontal as it should be. All these are adjusted from the console. While at it, you may also want to adjust the roll limits, along your Aspen GPSS gain. Do not hesitate to ping me if needed, I explored these babies down to the resistor level !

I think it is awesome that he took the time to share this information. I have not followed through yet, but it is on my retired guy project list for later this year. Even if I do nothing at all with it though – I have an effective and completely functional autopilot at this point, and practiced IFR procedures to effectively utilize it.

Fuel Prices: The plan for today is to do a short flight down to Delaware Coastal airport (KGED) where I used to find reasonably priced fuel. Today I might not even land there, as fuel prices approach $8.00 a gallon. I can do better up at Summit Airport (KEVY), so I’ll top it off on the way home.

I’ll have the GoPros running to produce a new video for my YouTube channel, and I’ll add a link here once I produce the video. I learned a few things about my equipment lately that I intend to share both here and in the video.

Avidyne Dead Reckoning incident: In my last post I reported an incident where my Avidyne IFD550 lost all satellite signals in flight, and went into dead reckoning mode within the DC area. I was sure I had an antenna or installation issue. I’ve also been quite sure three other times when I reported other serious issues to Avidyne. All of those cases ended up being user error dealing with this unique and powerful equipment.

When we landed in Pascagoula, MS, I emailed tech support at Avidyne and opened a ticket. They responded with comprehensive instructions on how to download logs that would be useful to them in diagnosing the issue. This ability to troubleshoot is new to me, so I waited until the following Sunday when I could do this from my hangar in Wilmington, DE.

Downloading the logs was straight forward, but took about 30 minutes to accomplish. I sent the logs in on a Sunday, and thought about the fact that I might need an updated GPS antenna to rectify this issue. I was very surprised to see a comprehensive explanation in my inbox on Monday morning (Great Service Avidyne!!). I’ll include the explanation here:

Thank you for sending in your logs and all of the questions Nic requested.  I do see in the IFD logs that the GPS signal on your IFD dropped from full signal to search mode on June 21, 2022 at 12:53:41 zulu time.  After you reset the IFD the GPS signal came back without issue and has worked ever since.

Typically, when we see that the IFD has an internal fault on the GPS board the GPS signal dashes out rather than dropping to search mode.   At the beginning of your flight there was a UTC Mismatch error message that said please restart your IFD when possible at 11:57:13 zulu.  This occurs when the IFD and the GPS clocks have a discrepancy in time mark.  The IFD was not reset so after about an hour of flight the system was confused and the GPS board went in to search mode to reacquire satellites.

The UTC mismatch can occur at times if the system is turned on while being shaded or blocked from good satellite line of site ( in a hangar or just outside a hangar ).  It looks like this was a one time event so I would recommend monitoring the signal and if it happens again please let us know and refer to this ticket number – #IPS———.  You can always have Lancaster submit the IFD for a repair/exchange, but if the shop does not find anything wrong with the unit they charge a $75 no trouble found fee.

New Avidyne Procedure: It is clear that a message came through and I missed it. I missed it because the Avidyne unit produces alerts and messages constantly, and it is human nature to start tuning nuisances out. I also missed it because there is no other navigation unit I’ve encountered that would exhibit this behavior.

The new software release for Avidyne will address the nuisance messages by eliminating the mundane ones (datalink, stale wx, etc). In the meantime, I’ll pay attention to the alerts that are reported when the unit is first turned on, and I’ll also review the alert summary page while holding short for takeoff. I’m happy with their explanation and just learned a bit more about my equipment.

Lightspeed Zulu: My original Zulu headset doesn’t owe me a dime. Again on the flight to Mississippi, my headset ANR went offline right after the GPS issue was resolved. This typically happens with the battery dies, so I replaced the batteries and got it working again. Those were fresh batteries, so I was surprised that the operating light was blinking red, an indication that the batteries were weak. I knew the batteries were tested fresh, but I swapped them again anyway. Same result.

On the flight home, however, the problem disappeared. Like so many other things with airplanes; pause before pursuing an issue that cannot be reproduced later.

Nevertheless, At the same time I sent the email to Avidyne, I sent another to Lightspeed to inquire about their current exchange program. I wasn’t going to repair either of these headsets since I’d done that already once and now they had to be over 10 years old. They replied and offered me $200 off of a Lightspeed Zulu3 $850 headset.

ICOM Handheld: I rarely ever use my handheld, and haven’t even carried it with me lately. The ICOM A4 is a very basic unit whose features have always been obtuse and hard to remember. I thought I’d test it anyway, so I installed 6 fresh batteries in it and turned it on. Nothing. It would not turn on – period.

I set the radio aside for a few days, and when I got back to it, decided to open it up and see if I could find corrosion. Batteries had leaked in it last year, but I thought I’d cleaned it all up. As soon as I put a good grip on the radio to unscrew the unit, the plastic case completely fell apart. It was like it decayed on its own, and I’ve never seen plastic do that. The only thing I can think happened is that I either crushed it under something, or dropped it at some point and didn’t notice that it had cracked.

That’s enough for now. I need to go for a walk along the canal, and later on go fly my airplane a bit.