Flying allot and changing how I do things……

Just off of six straight days of commercial flying as part of three different crews. By the end of the week I was thoroughly exhausted and actually tired of flying. I started writing this in Huntington, WV and didn’t get back to it until today, more than a week later, sitting reserve at our beach house.

This morning happens to be the first reserve day I’ve had where I haven’t been called the night before with a trip, or at the start of my reserve day for a short-call replacement flight. I’m not complaining – that is what I signed up for. However, I am grateful for a full nights sleep last night, and to have a minute to write this sitting at home.

I’m currently changing up my landings, and have been rewarded with more firm 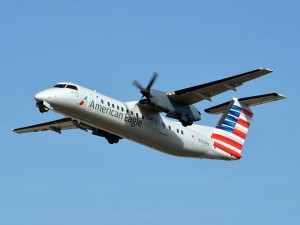 arrivals. The Captains I’ve been with recently are making suggestions, and I’m incorporating what they are telling me. Use less power on landings and slow to Vref plus 10 prior to touchdown. This is how we train, but something I had to unlearn when landing in Philly and the New York routes. There you come in hot and keep it hot as long as you can – generally. Both approaches are correct. I need to be able to quickly pick the one that works best for the situation, and I had gotten lazy by doing things all one way. Hot and fast.

In the end, I’ll use what works best for me, but for now, the plan of the day is to use lower power settings and lower airspeeds closer in. With this approach, you get less time to make fine adjustments and squeak it on, but the landings use less runway. While I am doing this, I am also ensuring I line up on the centerline further out, and avoid a tendency to be biased to the right side. My line up looks good to me, but I realize that I could be wrong, so I’m adjusting that picture on final.

As the Captains change, the preferences and guidance changes. That is a fact of life that I think that is what makes these Captains and experienced FOs as good as they are. I suspect that the northern New York routes I have next month will shelve these lower speeds for a time, and I’ll be back to keeping the speed up all the way in. That will be fun too.

After watching my last 29 year old Captain do his thing, I am inspired by what he has accomplished. He shows up in the morning; evaluates the plan for the day; establishes the tempo and conduct of the crew; and ensures the safe execution of a commercial flight operation.  He is responsible for all of it, even when his FO is brand new (I’m reflecting how far I’ve come in just 8 months).

Come to think of it, earning my place as a new Captain of the Dash would be quite an accomplishment. That’s it then. My next objective is to become Captain of the mighty Dash-8. This will be a worth quest to strive for, but only after I pass my first annual check-ride and get off probation a few months from now.

Off we go then!