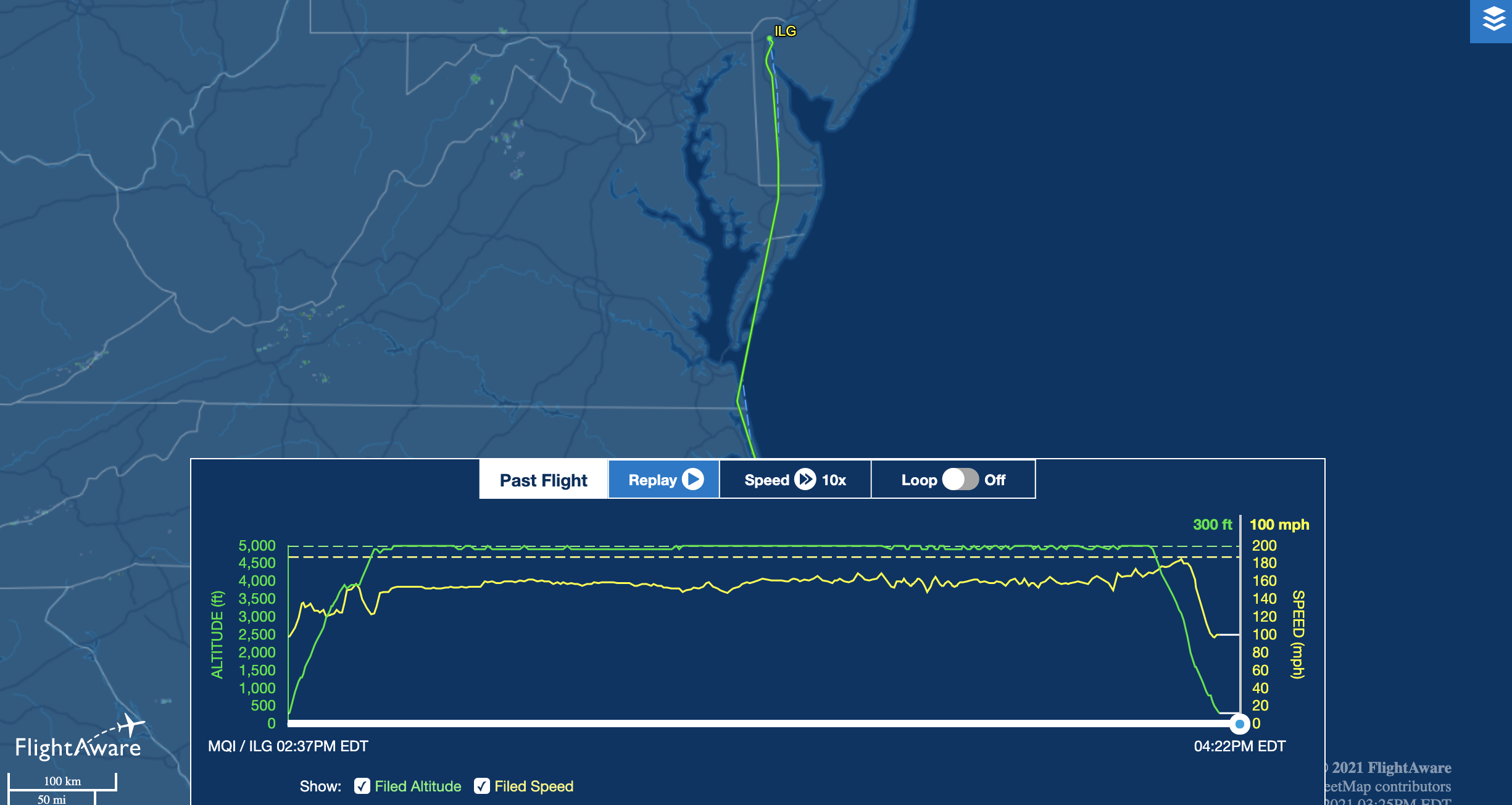 My wife, Beverly, and I just flew down to Maneo (Dare County) airport for the afternoon a few days ago. We enjoyed smooth engines, a 60 kt tailwind, and mostly clear skies on the way down. The airplane is running very well, and with a recent connector replacement, every single data channel on the EDM 760 is finally working. What a pain that has been – running down diagnostics and tolerating false alarms.

Even the autopilot, my 1967 Altimatic IIIb is running great. Hard to believe that it does so well in turbulence. I don’t use the altitude select mode, nor fly the airplane via pitch mode, but everything else works great.

Reaching ZEN on the engines: Now that everything is working in the airplane and the engines are clearly broken in, it was time to rethink how best to operate them. I read Mike Busch, but had difficult reproducing the EGT relationships he describes. Ditto the Cirrus Red Fin crowd.  I have come to the conclusion that my small Lycoming engines simply won’t hurt themselves if you keep the heat reasonable.

I’ve been worried about nothing.  My A&P has been telling me to just fly the damn things for some time now, but I wasn’t ready to listen. After not being able to apply the ‘new concepts’ effectively, I reached out to my friend Zach – a known Comanche expert, for his thoughts.

I sent Zach charts of actual EGT, CHT, and fuel flow trends from a recent flight. He responded by saying:

Don’t overthink it!  In a normally aspirated Lycoming, it is safe to say that nobody has blown an engine up that is designed to run on 91 octane but is running 100LL.  It can’t be done!  Sure the pressures are higher in the “red box” but they are lower than design, and the engine has lots of margin.

Lean to power loss, enrich to power recovery and that is as good as you’re going to get! Big bore Continentals are different animals with much different characteristics running much thinner strength margins on top ends and the fuel control system is totally different.  They are more critical but still not as fragile as they are made out to be.

As far as temps go, EGT raw numbers don’t mean anything except when compared to peak.  CHT numbers in a Lycoming are stated by Lycoming that you can’t get any more life or reliability out of the engine if you keep the temps below 435 continuous for high performance and 400 for economy power settings.

That is continuous power not takeoff and climb.  If you haven’t done so, download the IO-320 operators manual. https://www.lycoming.com/content/operator%27s-manual-IO-320-60297-31  It’s well worth the read.  It also has all the spaghetti charts you would ever want to look at.

I hope this helps a little.  Remember these engines did just fine for many years before anyone started to over analyze things!

This is a guy I trust – so I’m done thinking about it. I’ll keep the temps manageable in the climb and lean to about 8gph in cruise.  Thanks Paul and Zach – for the peace of mind.

Planning an improvement path forward: When Garmin decided to stop supporting the GNS530 WAAS units, and at the same time, changed the size of the equivalent GTN units, I started thinking about updating my equipment to stay ahead of aging components. the two oldest pieces of equipment in the panel are my Garmin 530W NAV/COMM and my antique autopilot. Everything else has recently been overhauled.
Planning for the NAV/COMM:
Failure of the Garmin #1 NAV/COMM would require the panel to be changed, since the new GTN is a larger physical box. I don’t want to do that. Early on I took a cursory look at an Avidyne alternative, but didn’t think I’d be happy leaving Garmin. I also didn’t have fond memories of Avidyne while training in Cirrus aircraft,
My A&P, Paul, recently completed my 2021 annual. When I arrived to pick up my airplane, he was working on a single Comanche that happened to already have an Avidyne IFD550 installed. He insisted that I look at it seriously; told me it was a slide in replacement for the Garmin 530W, and powered it up so I could have a look.
On that visit, we didn’t make much progress because neither of us were familiar enough to do much of anything with it. It wasn’t intuitive, and did require some re-thinking of normal procedures. I left unimpressed, but promised I’d research it.
Some weeks later I attended a webinar. Intrigued, I downloaded the Avidyne iPad simulator. After only a few minutes I realize that, not only is this a viable solution, I might actually prefer this over Garmin. It has it’s own ARS and can back up my Aspen. It will put an attitude indicator center panel for me, included in the box. I can go on, but the benefits of this box are significant.
Paul (my A&P) is trying to evolve his shop to include avionics work. He may be able to get me a discount that I will consider as we go. My concern will be on the trouble shooting side of the house after installation. The people he hires may not have the experience an established and experienced avionics shop would have. I’m not sure how challenging the swap will be, given the ARS that it comes with.
I am continuing to evaluate the IFD550 on the simulator, but have pretty much decided to go with it as the leading alternative.
Planning for the AutoPilot:
At the same time, my Altimatic IIIB continues to truck along as an effective autopilot. It does require maintenance from time to time; the altitude needs to be biased up in a turn a bit; and there are slight S turns in the vertical plan at GS intercept. It works though, and to date there has been no replacement alternatives available other than the STEC 55X.
The autopilot was designed more than 50 years ago with the technology of the time. Normal operation requires a myriad of button pushing to transition through the various phases of flight. It is inelegant, to say the least.
It does work though, so my close friends tell me I’d be crazy to replace it. They are correct – it is crazy and would cost about $40k to complete the project. So why am I doing it anyway?  I’m replacing the autopilot because I have an incredibly capable machine at my fingertips, the new technology will bring amazing capabilities to my fingertips, and I want it.  Emphasis on the later.
So what’s the plan? I ordered the S-TEC Genesys 3100 autopilot yesterday. I’m really looking forward to it’s tight integration with the Aspen ProMax I put in last year. I’m also continuing to evaluate and shop deals on an IFD550 to replace my Garmin 530WAAS / FlightStream 210 combination.
I’m working with the 550 simulator and really liking what I see. I’ve also learned what it will take to get 8130 forms for the equipment I want to trade or sell, so this might happen sooner rather than later.
We’ll see how this goes.
Fly Safe!
Frank